Learn how a simple call to AidCall247 has made a lifesaving difference to our customers: 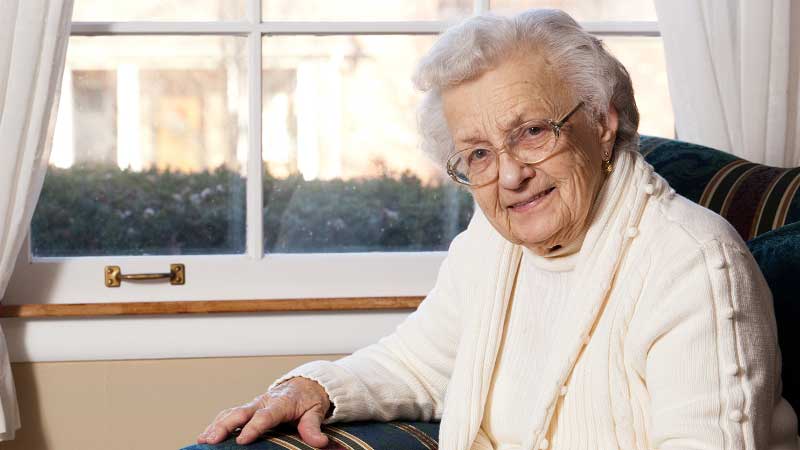 Mrs. M, 90yrs old, lives alone and uses a walker to move around. She has a heart condition, had a mild stroke and suffers from low blood pressure.

Mrs. M. activated her personal pendant panic button after she lost her balance and fell. She asked the response centre agent to only call her daughter to pick her up and that she did not need an ambulance.

After an unsuccessful attempt contacting her daughter, the agent heard the discomfort in her voice and immediately contacted her neighbour to quickly check Mrs M was OK.

The neighbour arrived within seconds and confirmed that she had hurt herself rather badly and appeared to have broken her hip. The neighbour was instructed not to move her and make sure that she was as comfortable as possible.

At about 4pm, the Ambulance team arrived at the scene. They proceeded to assess Mrs. M's. condition, check her vital signs and confirmed she had fractured her left hip. She was then transported to hospital for further treatment. At the most recent follow up it was confirmed that Mrs. M will be undergoing hip replacement surgery.

Mr. R, 52yrs old, lives with wife. He has had Cerebral Palsy since birth, has short term memory loss and cannot speak.

Mrs.R. activated the emergency button after Mr.R. fell and hit his head. He was bleeding profusely, very disorientated and she feared he might go into shock.

With a team effort in the Emergency response centre, Mrs.R. was instructed to apply pressure to the wound to control the bleeding and ensure he remained conscious. Other agents at the same time contacted their neighbour to go assist Mrs.R. while they waited for the Ambulance to arrive, who was also already dispatched. Family members were notified and also proceeded to the house.

The ambulance was on scene within minutes of being called. The crew assessed Mr.R, checked his vital signs and stabilized him before he was transported to the closest Hospital for further treatment.

Mr.R. received a few stitches on his forehead for the laceration and luckily suffered no other head injury or damages. He is now recovering well at home with Mrs.R at his side. 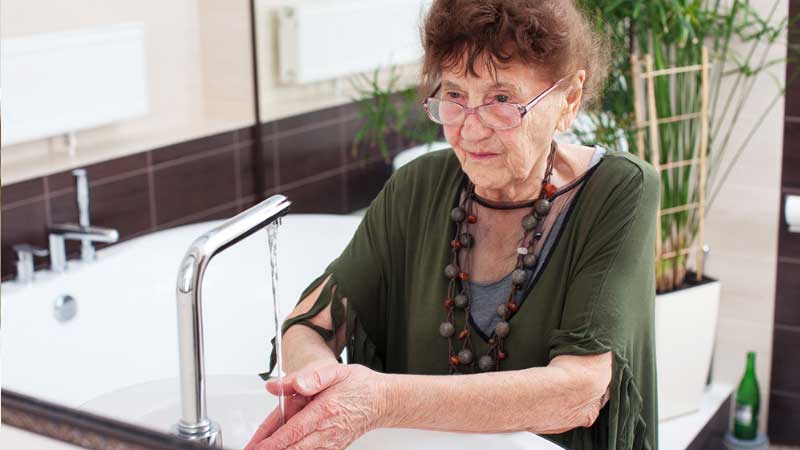 Mrs.T. had been taking her morning bath when she slipped and fell inside the bath. Luckily she had been wearing her waterproof personal panic button and was able to alert the Aidcall247 emergency response centre immediately.

Upon answering she was screaming of intense pain but managed to say that she had fallen in the bath and hurt her back. The team immediately jumped into action, while one remained online with her, another 2 agents quickly assisted to call her neighbour while the other urgently had an ambulance dispatched.

Her neighbour arrived within a few seconds and was advised not to move Mrs.T but rather make her as comfy as possible in the position she is as back injuries in bathtubs could be more serious than we realise. A few moments later the ambulance crew arrived at the scene to assist. They carefully assessed her injuries, checked vital signs and treated her for shock. They carefully placed onto a stretcher and transported her to hospital for further treatment.

Mrs. T. had suffered severe bruising and swelling to her upper and middle back region but luckily nothing was broken. Mrs. T. was discharged 4 days later after the swelling had subsided and has made a full recovery at home.

We use cookies on our website to give you the most relevant experience by remembering your preferences and repeat visits. By clicking “Accept”, you consent to the use of ALL the cookies.
Cookie settingsACCEPT
Manage consent

This website uses cookies to improve your experience while you navigate through the website. Out of these, the cookies that are categorized as necessary are stored on your browser as they are essential for the working of basic functionalities of the website. We also use third-party cookies that help us analyze and understand how you use this website. These cookies will be stored in your browser only with your consent. You also have the option to opt-out of these cookies. But opting out of some of these cookies may affect your browsing experience.
Necessary Always Enabled
Necessary cookies are absolutely essential for the website to function properly. This category only includes cookies that ensures basic functionalities and security features of the website. These cookies do not store any personal information.
Non-necessary
Any cookies that may not be particularly necessary for the website to function and is used specifically to collect user personal data via analytics, ads, other embedded contents are termed as non-necessary cookies. It is mandatory to procure user consent prior to running these cookies on your website.
SAVE & ACCEPT
×